With a variety of changes in store for the revamped SRO America, formerly known as Pirelli World Challenge, Global Motorsports Group (GMG Racing) will head in to the 2020 season with a large and diverse roster of drivers and cars to conquer the season ahead, with the opportunity of even further expansion on offer in the coming year. With the season-opening event taking place this weekend at Circuit of the Americas (CoTA) in Austin, Texas, the team is ready for the year’s beginning.

“I’m excited to finally get the 2020 season going,” stated GMG team owner and driver James Sofronas. “Everyone at SRO America has been extremely attentive to the needs of teams like ours and what our customers really enjoy in this type of racing, and the new formats and categories reflect just that. Having Jason Bell back is a great testament to the relationship we’ve forged over the years, and he’ll be enjoying an unprecedented amount of seat time with all of the campaigns he’s running. Alex Welch is back in our fold which is very exciting given our decade-long history, and another veteran of the team in Elias Sabo really shows the value of our program to returning drivers. Additionally, categories like the new GTSC allow us to welcome new drivers like Stu Frederick, Mike LaFever, and Stephen Lawler, and additionally we welcome Mark Crigler and the return of CJ Moses to our GT4 efforts. It’s a busy year but one that wouldn’t be possible without the tremendous supporting crew we have here, and we’re still open to even more programs.”

Following the Europe-based SRO organization taking over the former Pirelli World Challenge beginning in 2019, the series has undergone a dramatic transition to a very customer-focused series, which will see much of the same in 2020, with GMG taking advantage of not only the highly subscribed GT4 ranks, but the all-new GT2-focused platform which will be referred to as GTSC. 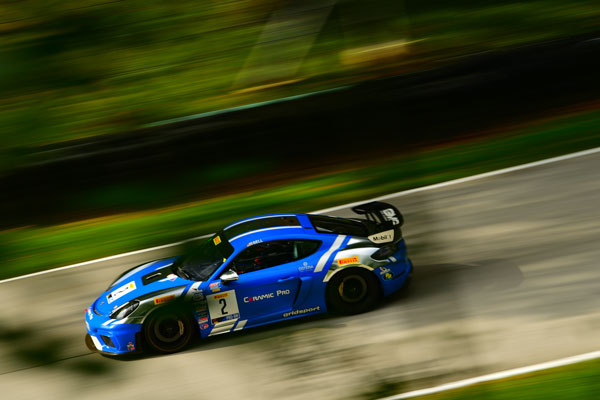 Now in his third year of competition with the team, Jason Bell will headline with three different campaigns in 2020. Continuing with the Porsche 718 Cayman GT4 Clubsport, Bell will return in both the Sprint and SprintX categories of the GT4 America series, allowing him to drive solo in the in the sprint rounds, and with an experienced co-driver in the endurance-based SprintX. For SprintX, Bell will be joined by Andrew Davis, one of the most sought after sportscar veterans in the paddock. Not only does Davis join as a champion of the former Rolex GT Sports Car Championship, but one of the most venerable coaches in the business, providing Bell with both a boost in performance as well as great off-track support. 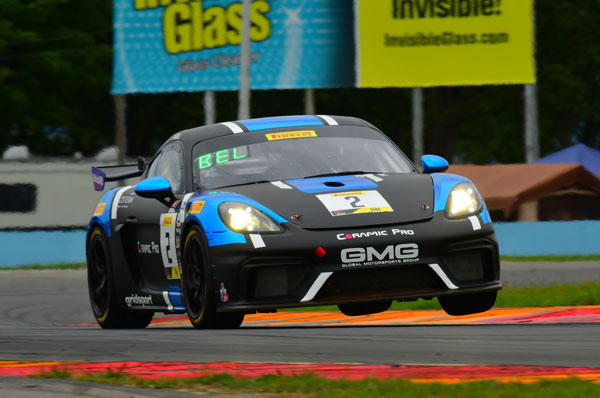 Adding to that, Bell will take part in the burgeoning GTSC category, a new division for sportsman drivers taking to the wheel of the revitalized GT2-platform. Acquiring the all-new Porsche GT2RS Clubsport to tackle the series, Bell will have three different opportunities to gain points toward his pursuit of the Porsche International Drivers’ Cup, an award given to the best performing independent driver in Porsche machinery. 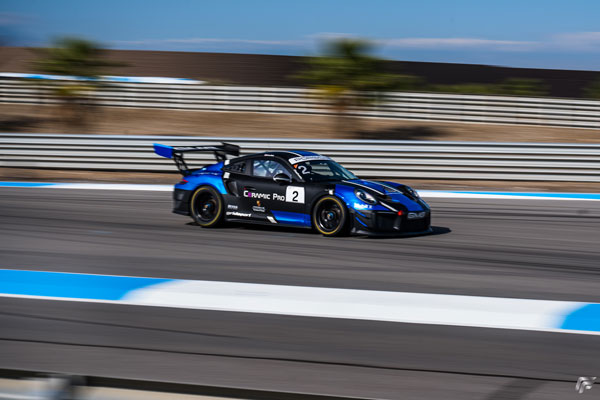 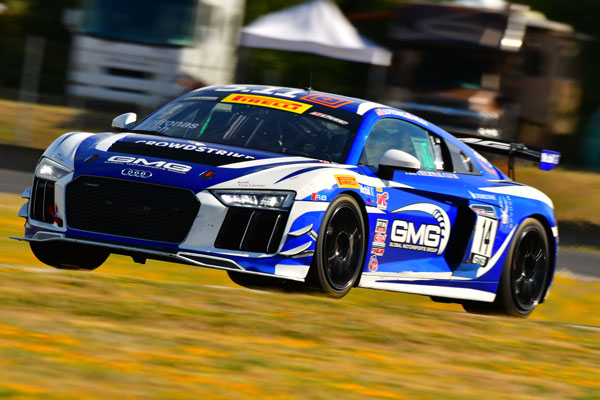 Returning in 2020, Alex Welch will also join the fold, campaigning his Audi R8 LMS GT4. Having driven with the team in various capacities over the last decade, the return of Welch will not only showcase the team’s depth with the Audi, but will also see a reunion between Welch and co-driver James Sofronas at the Grand Prix of Long Beach. In addition, Welch and GMG will welcome newcomer Michael McGrath to co-drive in multiple SprintX rounds. 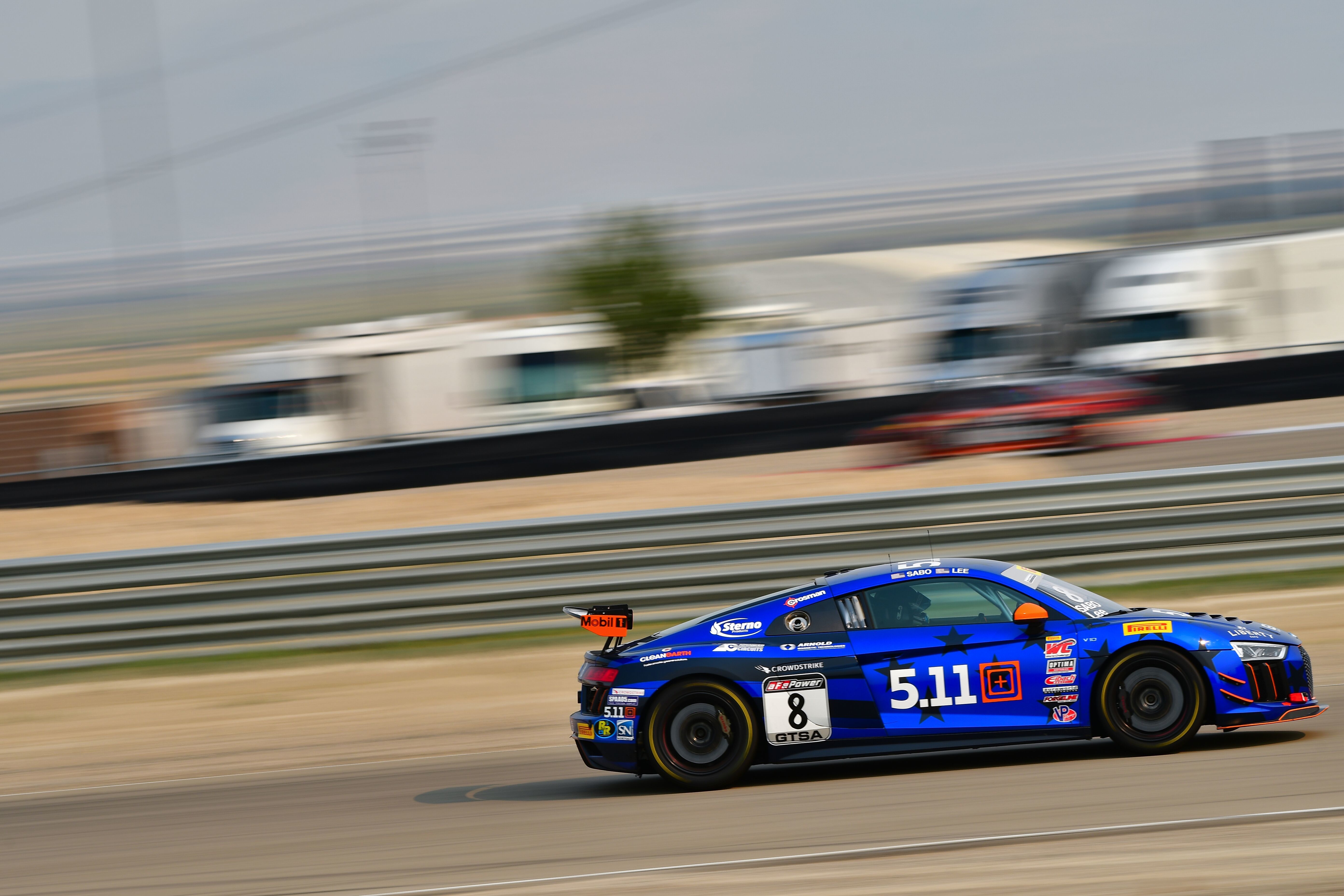 Another veteran of the team, Elias Sabo will return in 2020, driving at this weekend’s season-opener in the SprintX category. Having driven a variety of vehicles throughout his GMG campaigns, the 2020 season will see Sabo take to the wheel of his Audi R8 LMS GT4, with co-driver Andy Lee joining as an experienced coach and mentor. 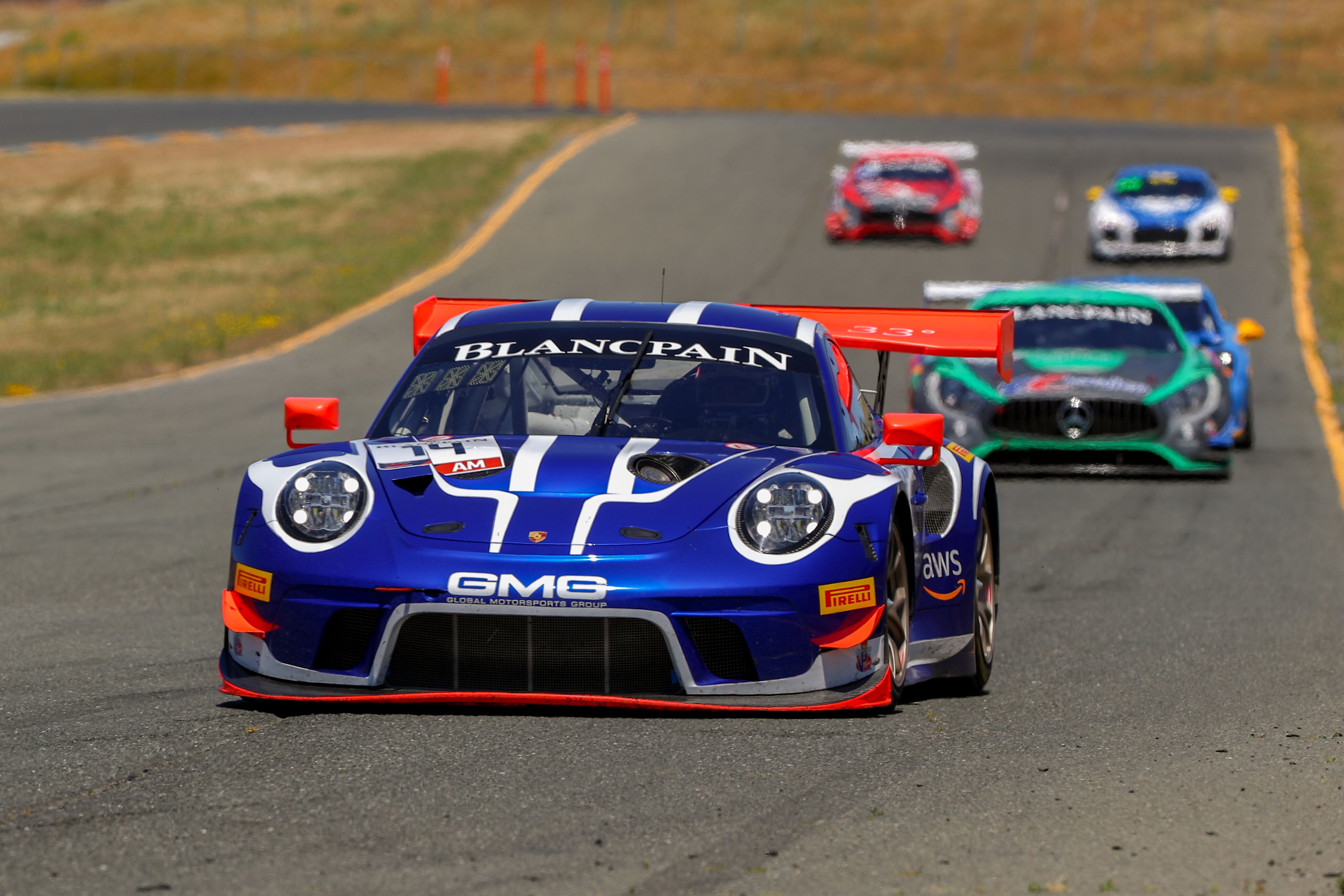 Also arriving during this weekend’s opener will be James Sofronas driving in the GT3 ranks, campaigning his Porsche 911 GT3 R. With the new-for-2020 rules creating a unique blend of driver rules and combinations in GT3 competition, James will be joined this weekend by the highly-renowned Jeroen Bleekemolen. One of the most reputed sportscar drivers anywhere, Bleekemolen has titles including the Porsche Supercup, a winner of the 24 Hours of Le Mans, the 12 Hours of Sebring, Petit Le Mans, and the North American Endurance Cup. A highly regarded Porsche driver, the combination of Bleekemolen and Sofronas has a strong potential for results in Austin. 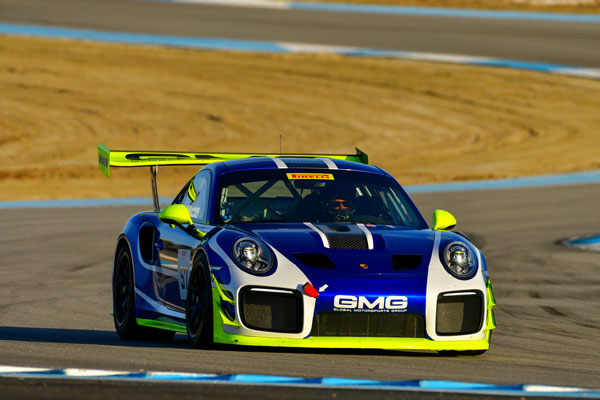 While the aforementioned GTSC series will not begin until June at VIRginia International Raceway, GMG is proud to welcome several series newcomers in addition to Jason Bell’s entry. Demonstrating GMG’s reputation for welcoming aspiring drivers and integrating them in to the team’s vertically-built development program, Stu Frederick, Mike LaFever and Stephen Lawler will all arrive ready to conquer the GTSC ranks. 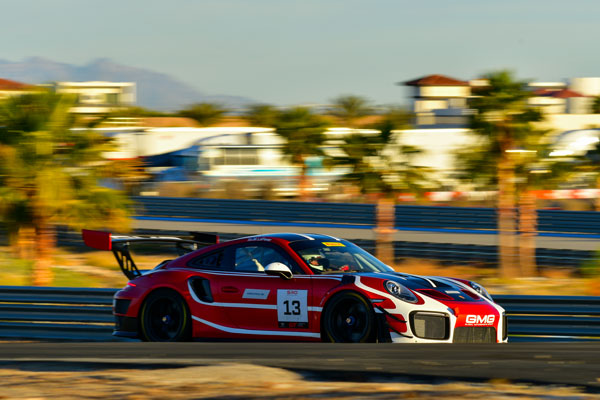 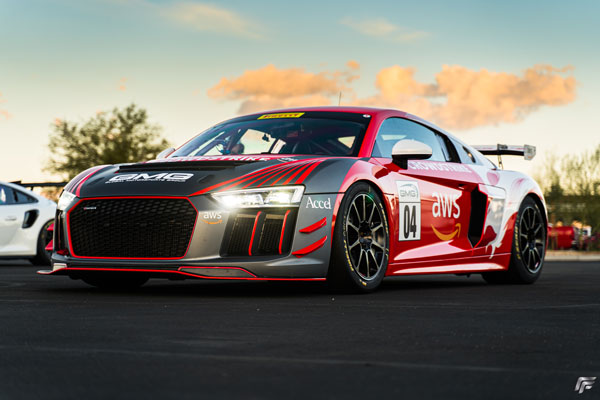 Additionally, the team will also field several partial schedules, including CJ Moses and his Audi R8 LMS GT4 at the Grand Prix of Long Beach alongside Ryan Dalziel, as well as Mark Crigler in a to-be-announced schedule. 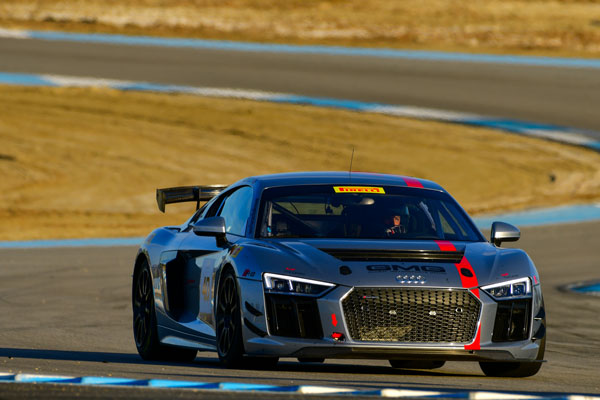 That’s 13 drivers, 11 cars, and an incredible 2020 season ahead, all beginning this weekend. Official practice begins this Friday, March 6, with a full weekend of racing on the 7th and 8th. 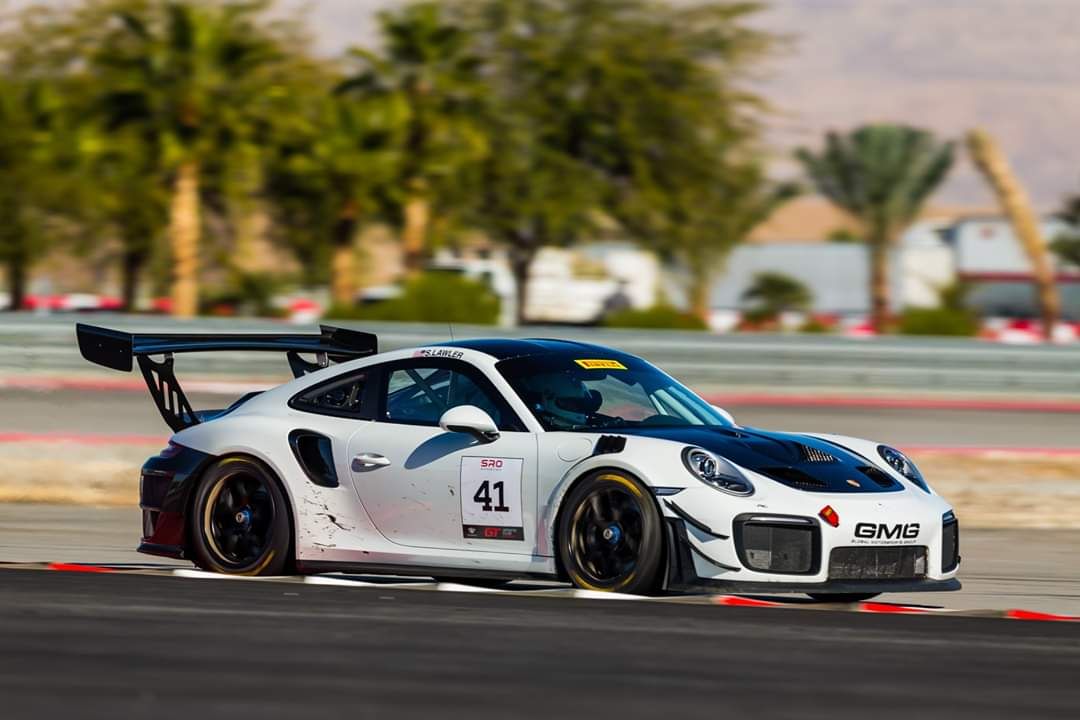