The offseason is traditionally a time to rest, recharge, and recuperate. But GMG Racing does things a bit differently, borne out in the exciting news to share from the short hiatus. GMG is going big in 2022, and it doesn’t get much bigger than kicking off the season at one of American auto racing’s most hallowed venues: Daytona, at the Rolex 24.

Revisiting the venerable event for the first time since 2014, GMG Racing is fielding a Porsche 911 GT3R, its premier 24-hour attempt with the Stuttgart-based marque. Racing in the GTD category, GMG’s four-driver roster includes Kyle Washington, James Sofronas, Jeroen Bleekemolen, and loaned-out Porsche Motorsport factory driver Klaus Bachler. After a busy winter testing the Porsche machinery, the Team is excited to capitalize on the work with the trip to Florida! Washington tabs the event as a “bucket list race” while Porsche’s young gun Bachler was effusive about the opportunity: “I’ve heard great things about the GMG Racing team, and when Porsche called me for this one, I was immediately excited to go to the US to do the race. I hope I’m going home with a new Rolex!” 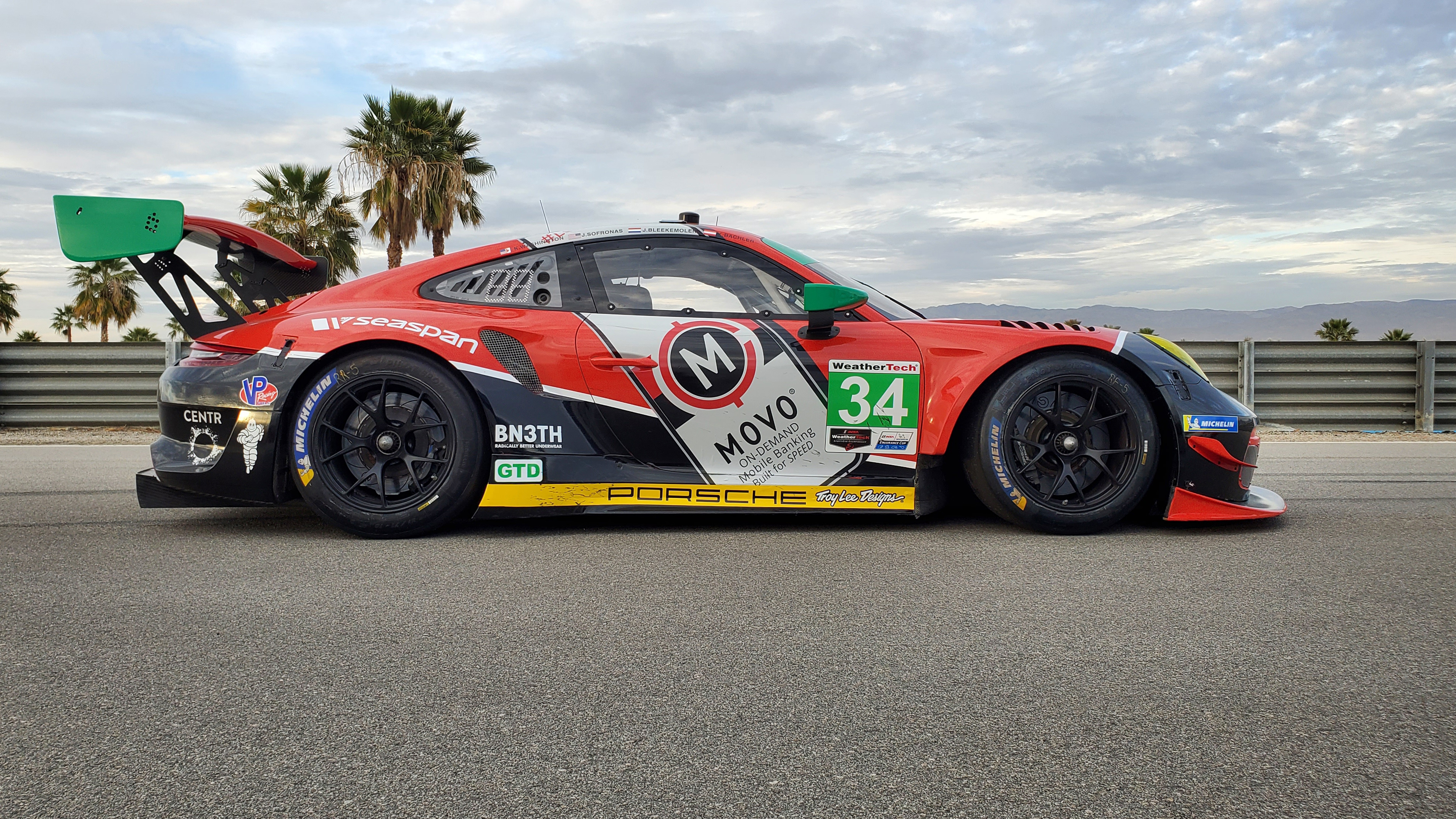 Before the following week’s Rolex 24 at Daytona, GMG is putting one of the first domestic Porsche 718 GT4RS Clubsports onto the banking in Daytona Beach in the IMSA Michelin Pilot Challenge at the Roar Before the 24. The capable new Porsche will run through the four-hour challenge piloted by Kyle Washington and team owner James Sofronas, both pulling impressive double duty this coming weekend. 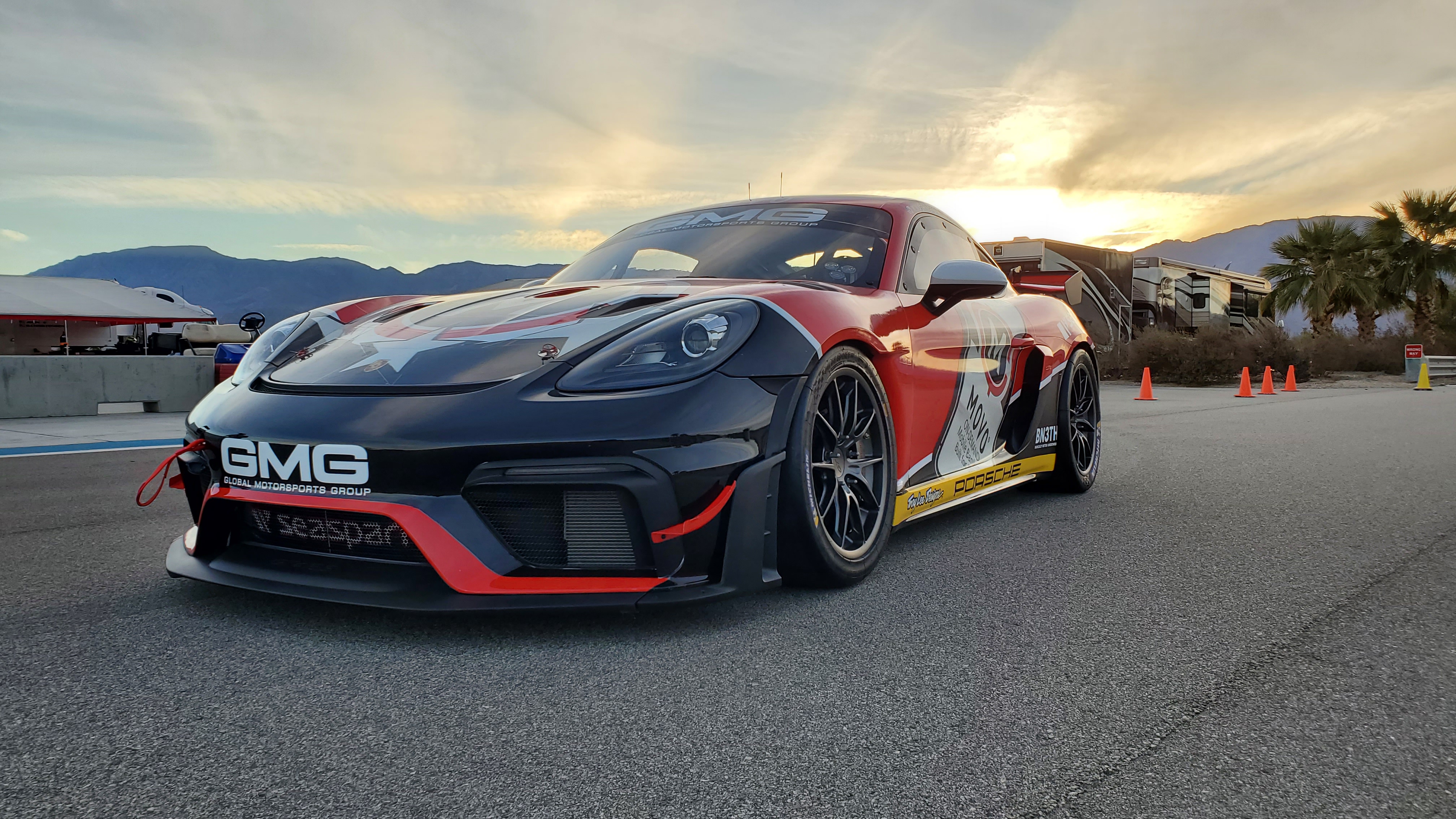 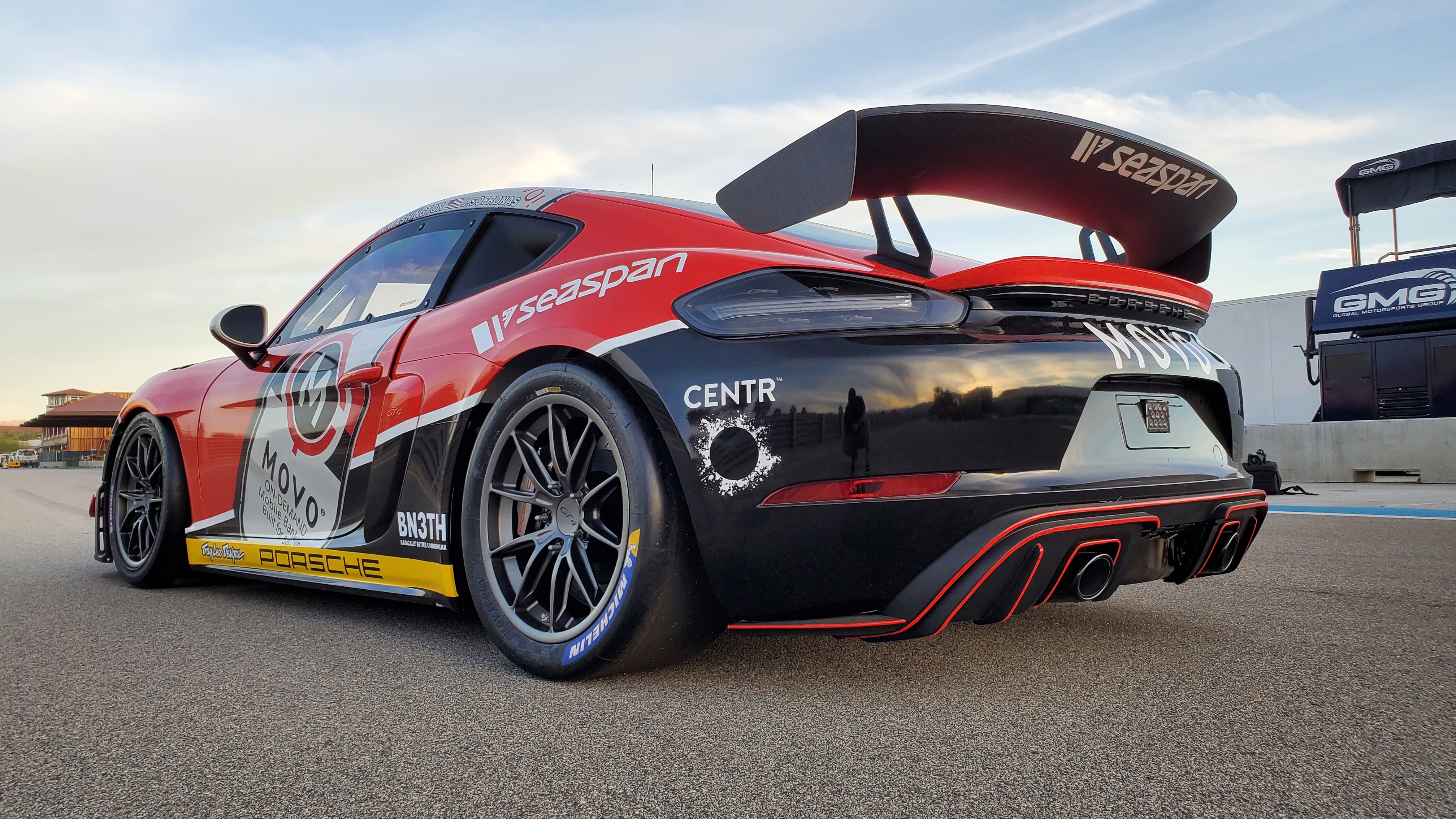 In typical GMG Racing fashion, both Porsches won’t roll out in Daytona only to win, they’re there to turn heads, too. A new partnership with the peerless design house Troy Lee Designs puts the Porsches in stunning new liveries featuring our partners for the 2022 season: MOVO, an all-in-one financial platform designed around speed and security. Also supporting GMG Racing this year is Eboost Energy Drinks, Seaspan, BN3TH Apparel, and Centr CBD natural sparkling beverage.

GMG Racing officially returns to the road Friday, Jan. 21st at Daytona’s Roar Before the 24. Three practice sessions and qualifying set up Sunday’s two-driver, 100-minute qualifying race. That race will set the grid for the following week’s big event, the Rolex 24 at Daytona on Saturday, Jan. 29th at 1:40PM EST. Keep pace with GMG Racing on all social channels over the next week as the team practices, qualifies, and races in one of the granddaddies of motorsport!

The 4-hour GS race kicks off on Friday, January 28th, with the 24-hour GTD Rolex 24 race on Saturday, January 29. For a full schedule please check the IMSA website.