Taking part in their annual home race at the Grand Prix of Long Beach, Global Motorsports Group (GMG Racing) would once again enjoy a strong showing with a trio of top-10 finishes during Sunday’s round of the GT4 America category. Returning to the category for the first time since winning the championship in 2018, team owner James Sofronas would lead the charge with a sixth-overall, followed by Jason Bell with a seventh in category, and CJ Moses in eighth.

“We can be pretty satisfied with the weekend,” stated Sofronas. “The GT4 category continues to get more competitive every weekend, and while we would have hoped for a stronger run, we can’t be too disappointed given the quality of the field. It was tough to chase everyone down in front of me and be at a clear deficit with the current balance of performance, but it’s always a moving target. Jason did a great job getting up to speed with his new Porsche, and CJ was stronger with every session and impressed all of us. Overall everyone should be happy, and we came away with a clean race at a track notorious for damage.” 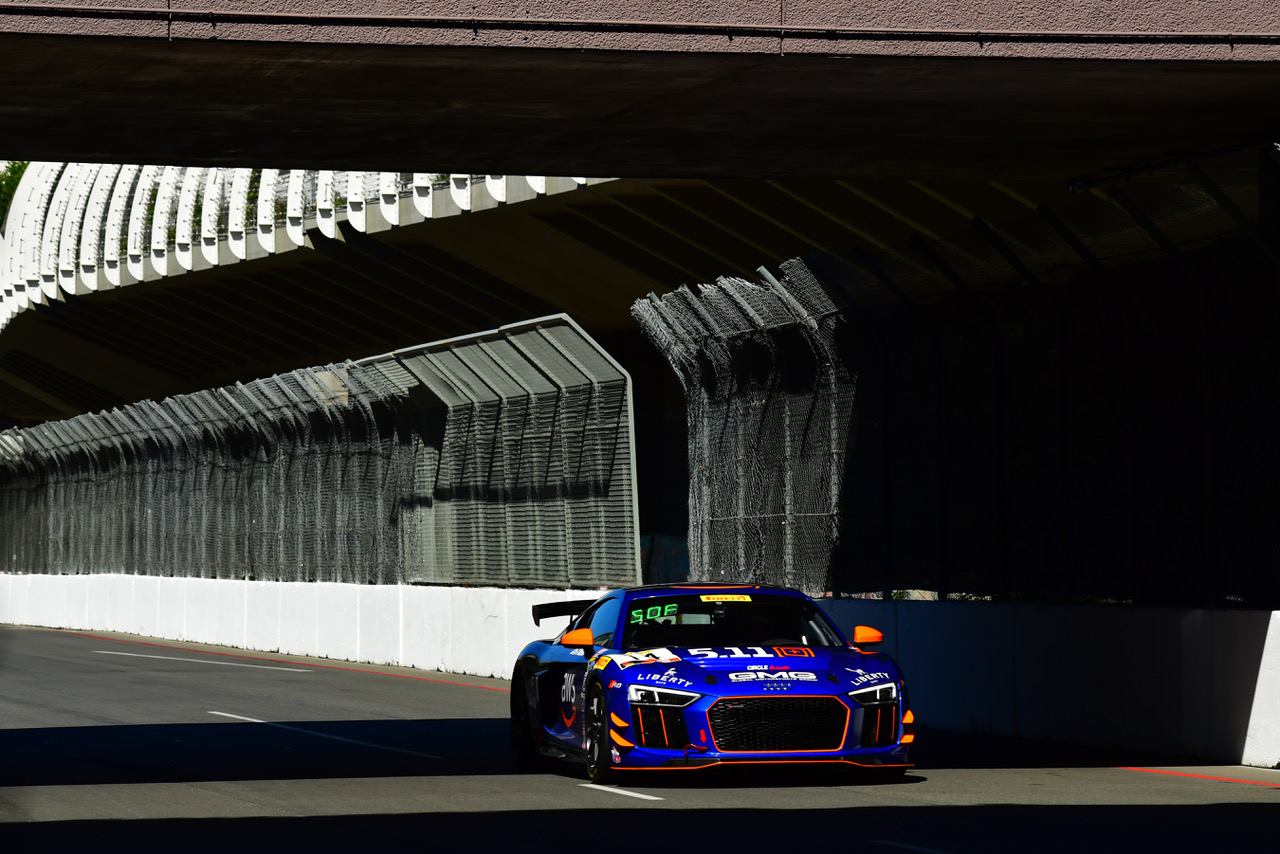 Showing strong in practice, including closing out Friday in first, James Sofronas would engage in a multitude of battles throughout Sunday’s race on the notorious street circuit. At a deficit on overall power due to series performance balancing, the No. 14 Mobil 1 / CrowdStrike / AWS / The Thermal Club / 5.11 Tactical Audi R8 LMS GT4 often showed pace over the competitors in front of him, however the necessary top-end speed to complete a pass was near impossible. On several occasions James had no choice but to make some daring late moves in his efforts to gain ground, ultimately exercising restraint to avoid incident. Sixth would prove the best he could ask for, and taking top honors for Audi. 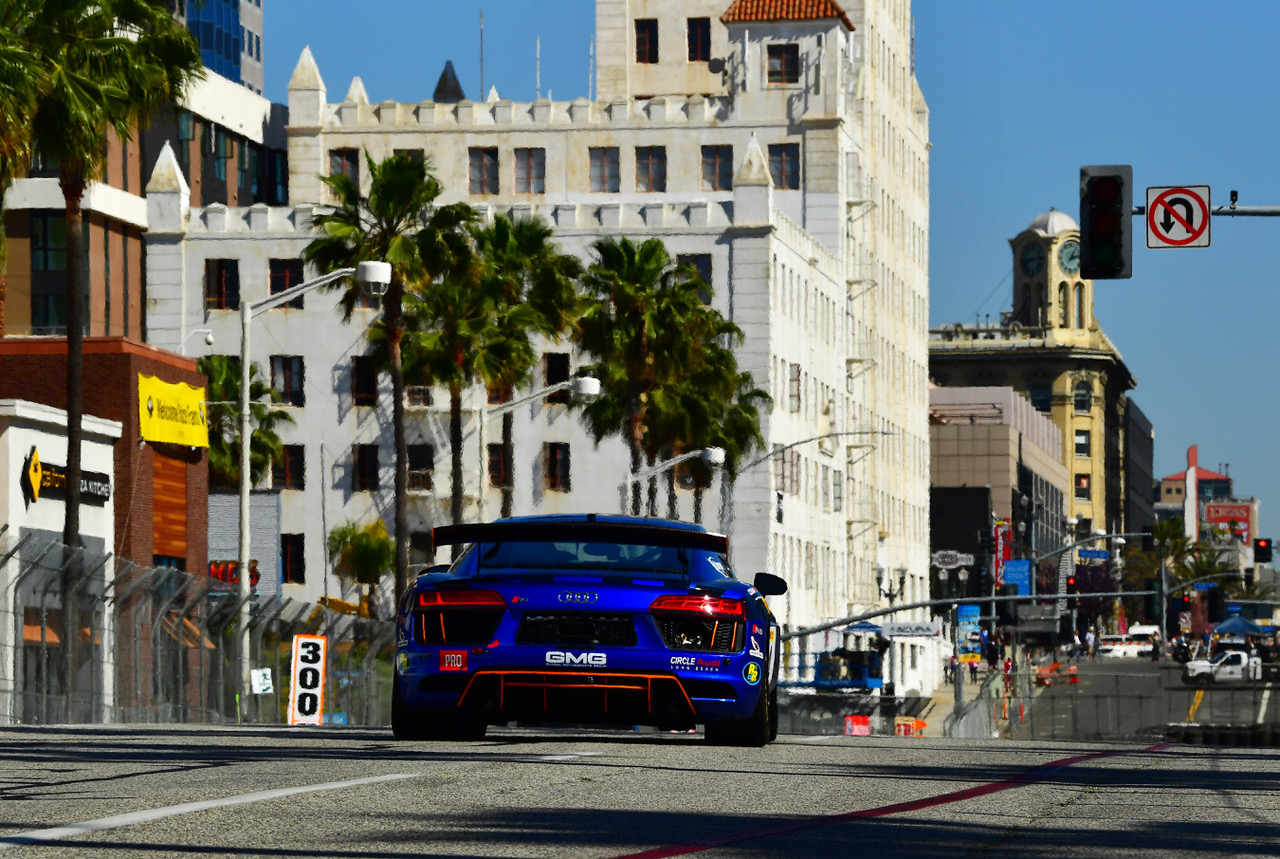 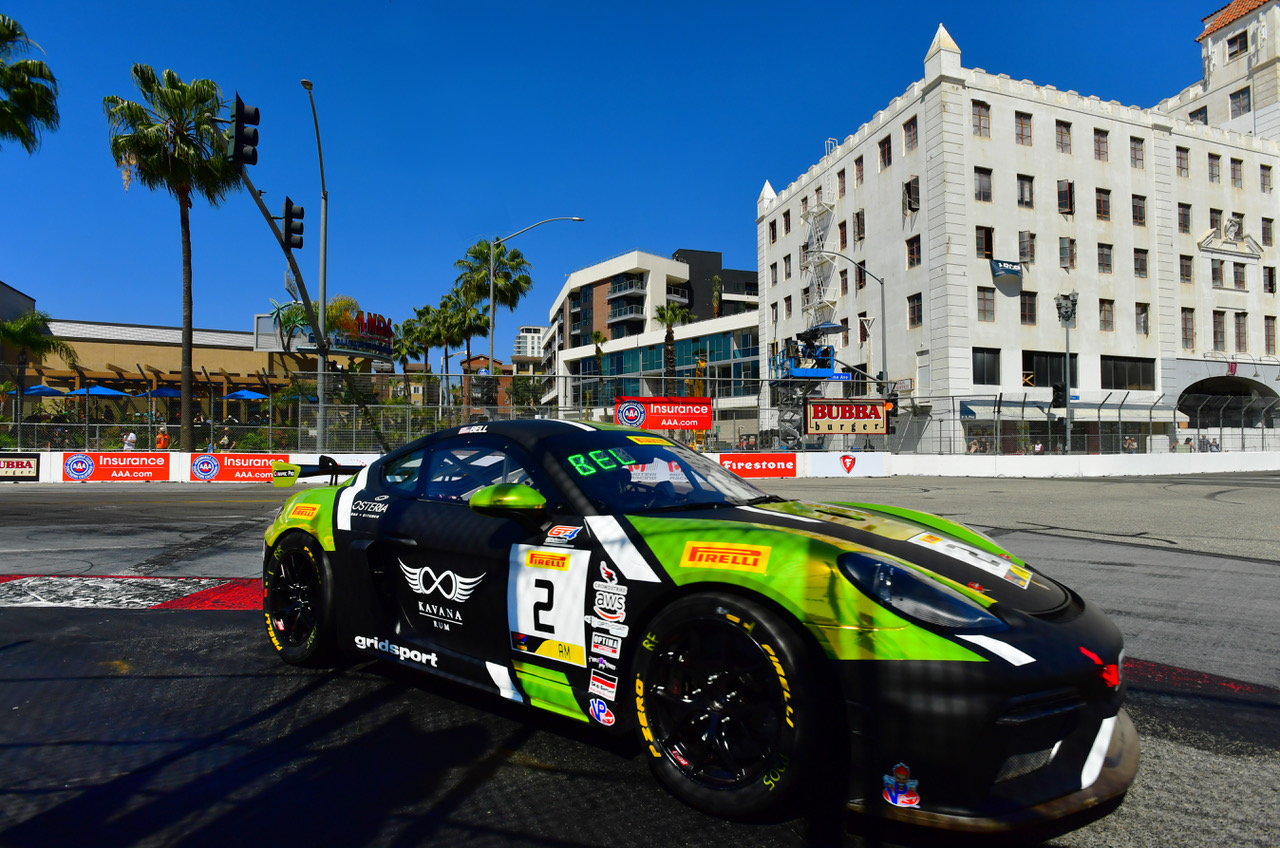 In the series’ Am category, Jason Bell would show strong with seventh. Driving his No. 2 Porsche Cayman GT4 Clubsport MR for the first time in race conditions, Bell would prove steady over the course of the weekend, including doing a remarkable job of avoiding the typical race-opening chaos. Recognizing the importance of patience for his first race with his new machine, a top-10 at one of the most demanding circuits was satisfactory. 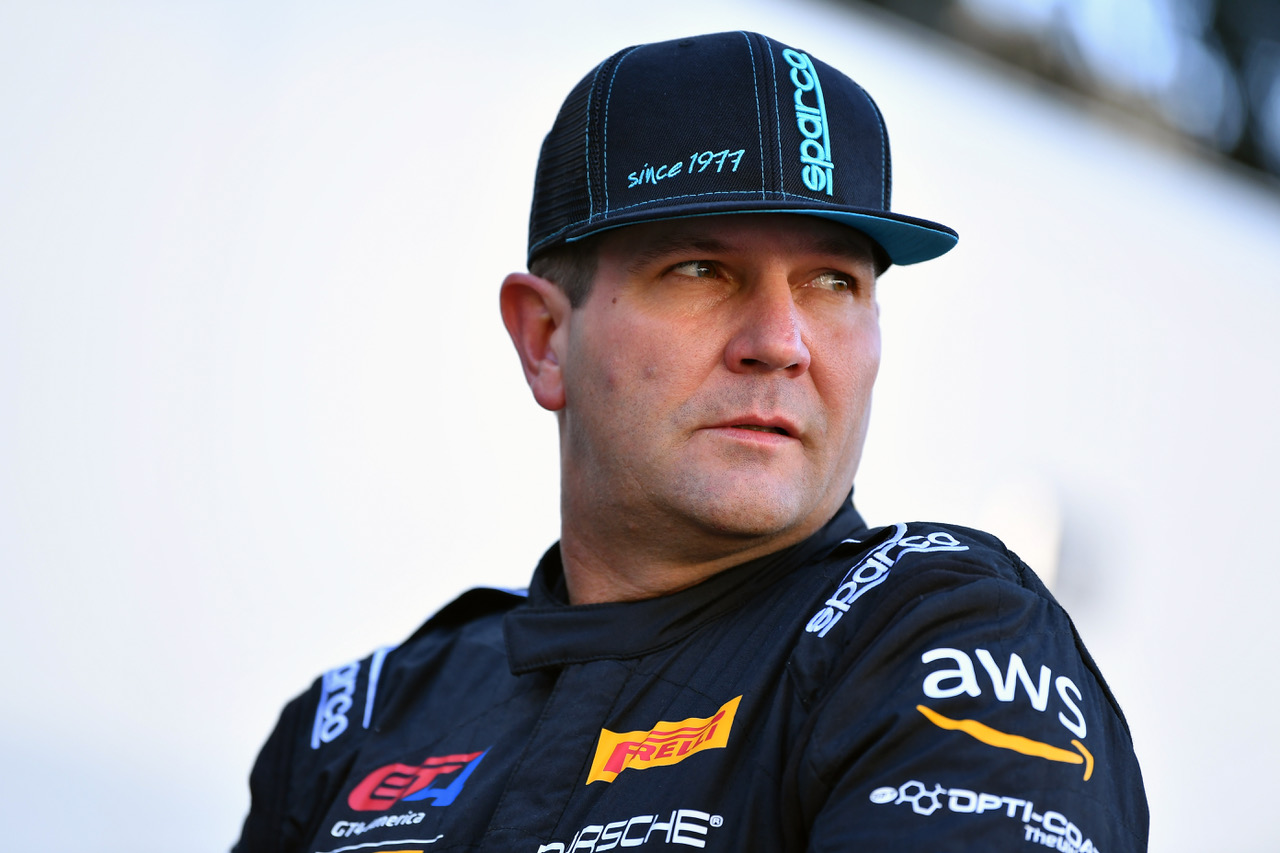 “We’re always aiming for higher finishes, but it was a good debut for the Porsche,” stated Bell. “Long Beach is notorious carnage, so being able to avoid that with where we were on the grid was a great boost, and sets us on a good course to continue with the rest of the season. I appreciate the effort everyone put in with the new car, we’re looking forward to the future.” 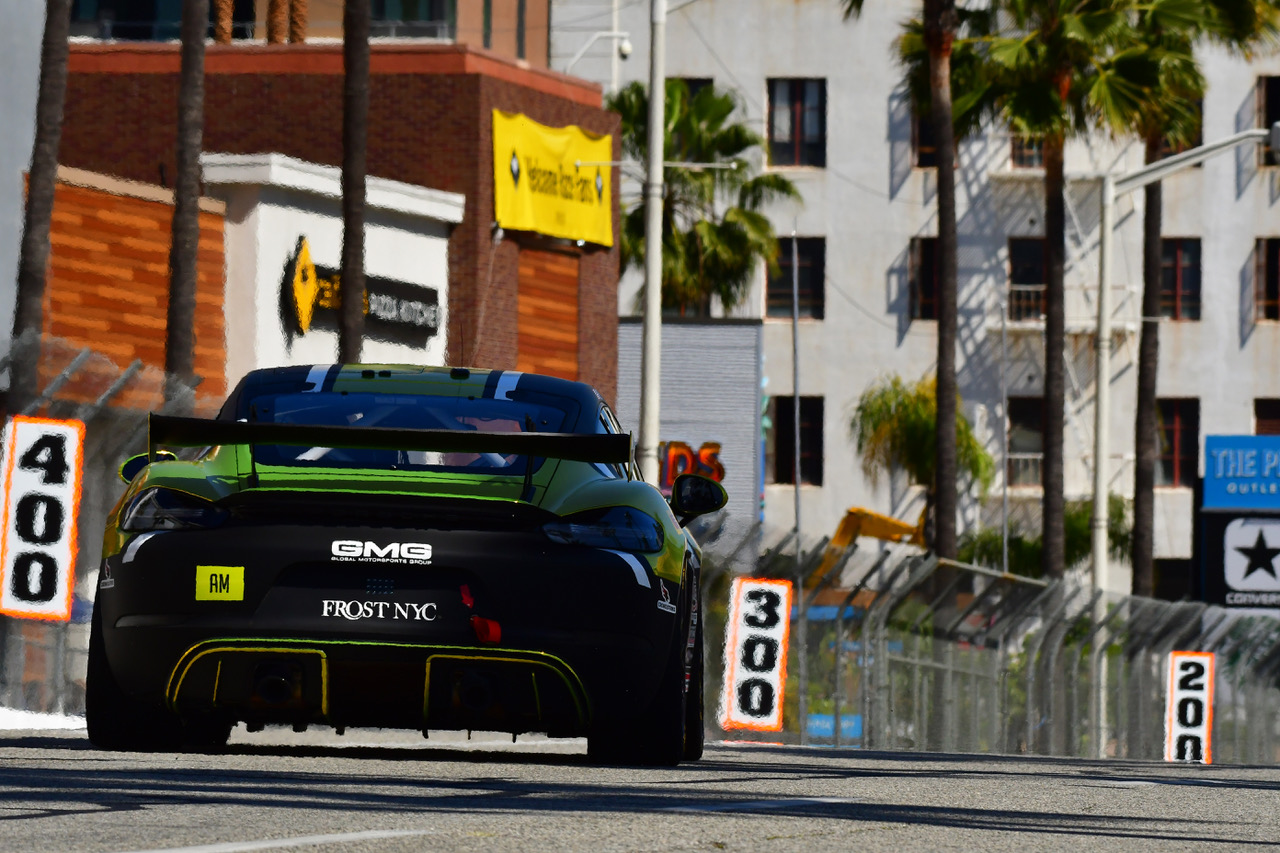 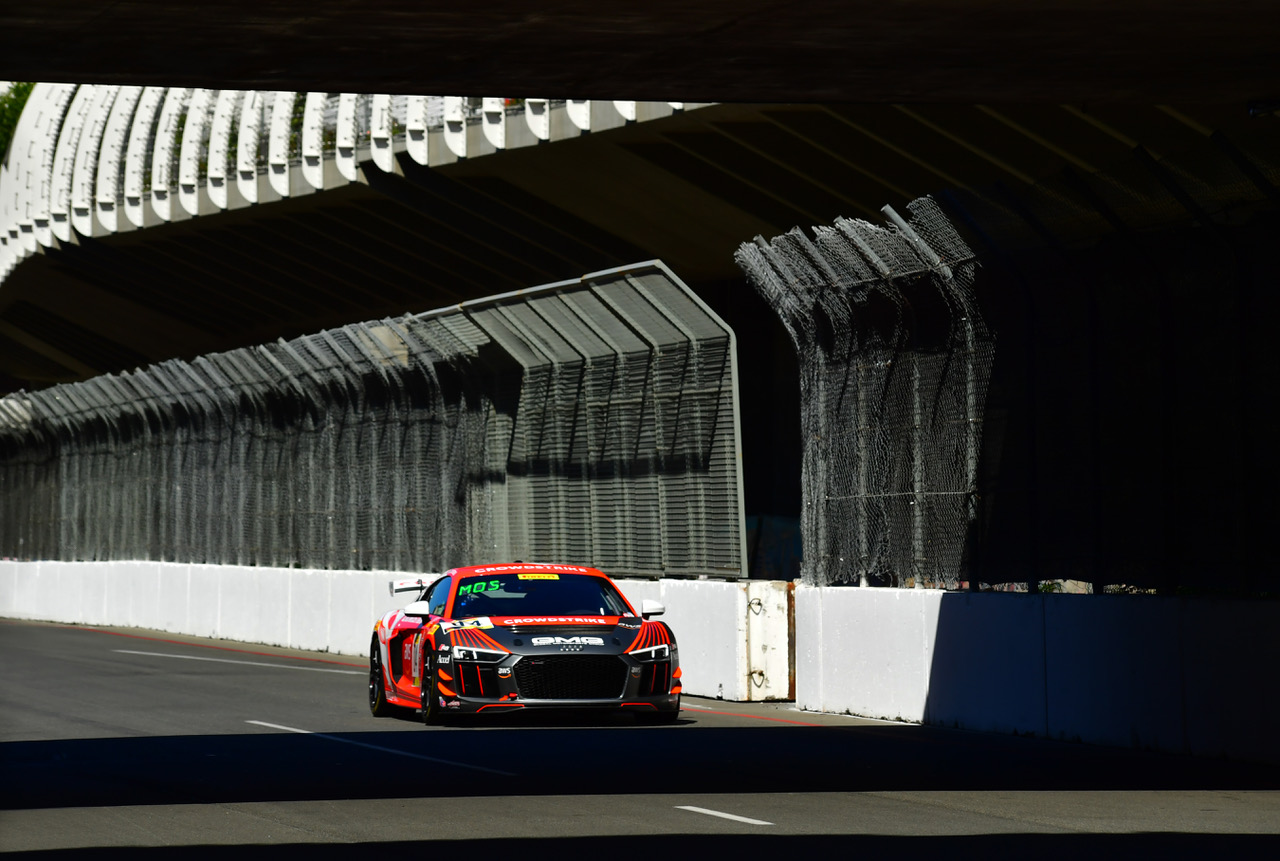 Finally, taking a remarkable top-10 in only his third race of the year, CJ Moses and his No. 04 CrowdStrike Audi R8 LMS GT4 would take a strong eighth. Taking to the Long Beach streets for the first time, Moses continued his steep learning curve to bring down his lap times throughout the weekend, ultimately using patience to his advantage by taking a clean finish and continually moving up the field. 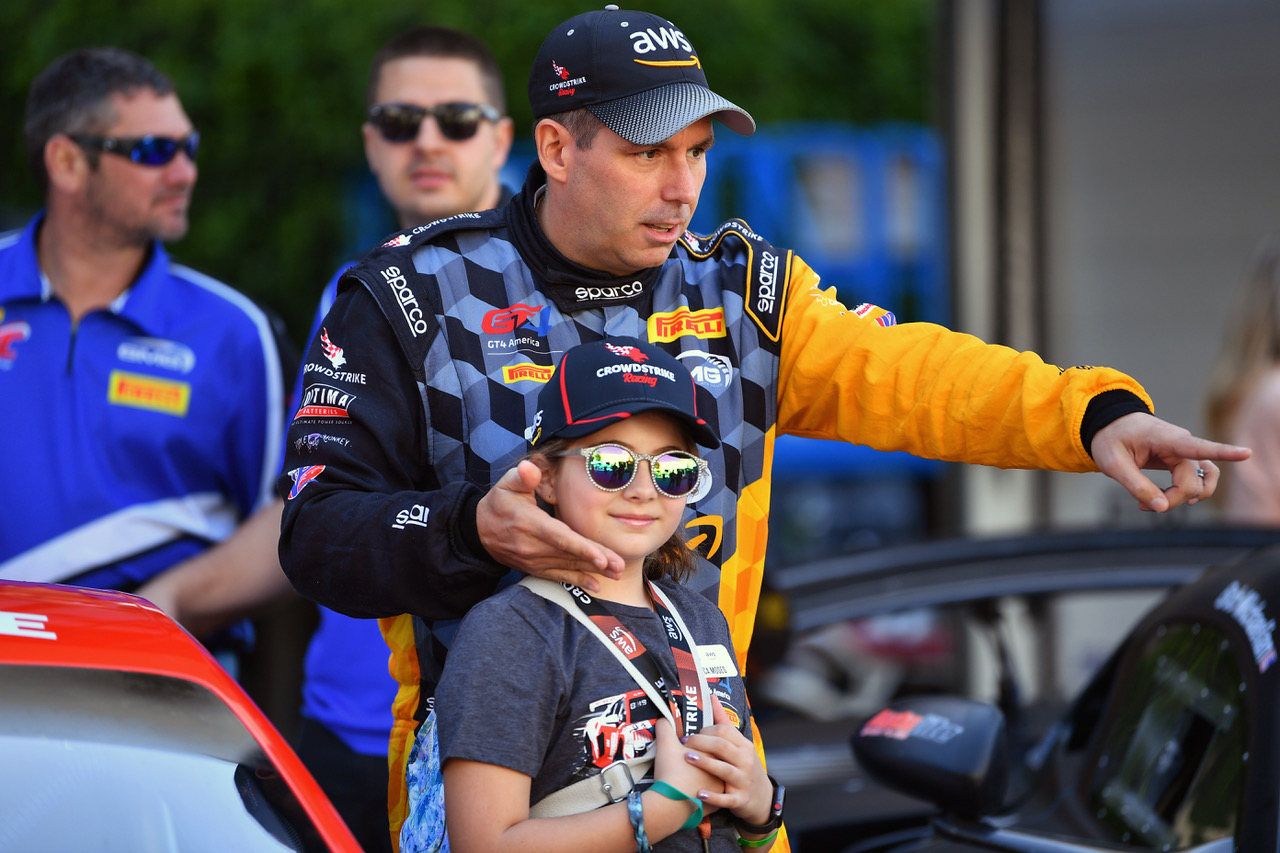 “Long Beach is a great event to be a part of,” stated Bell. “It’s so easy to make a mistake here, and the consequences are so high, that I’m extremely happy to walk away with a clean race like we did, and the results speak for themselves. The guys at GMG did a great job getting me prepared, and that played a huge part in our weekend.”

With a full season of racing ahead, the team will now focus on their next event in just over one weeks’ time, competing at VIRginia International Raceway from April 26-28. 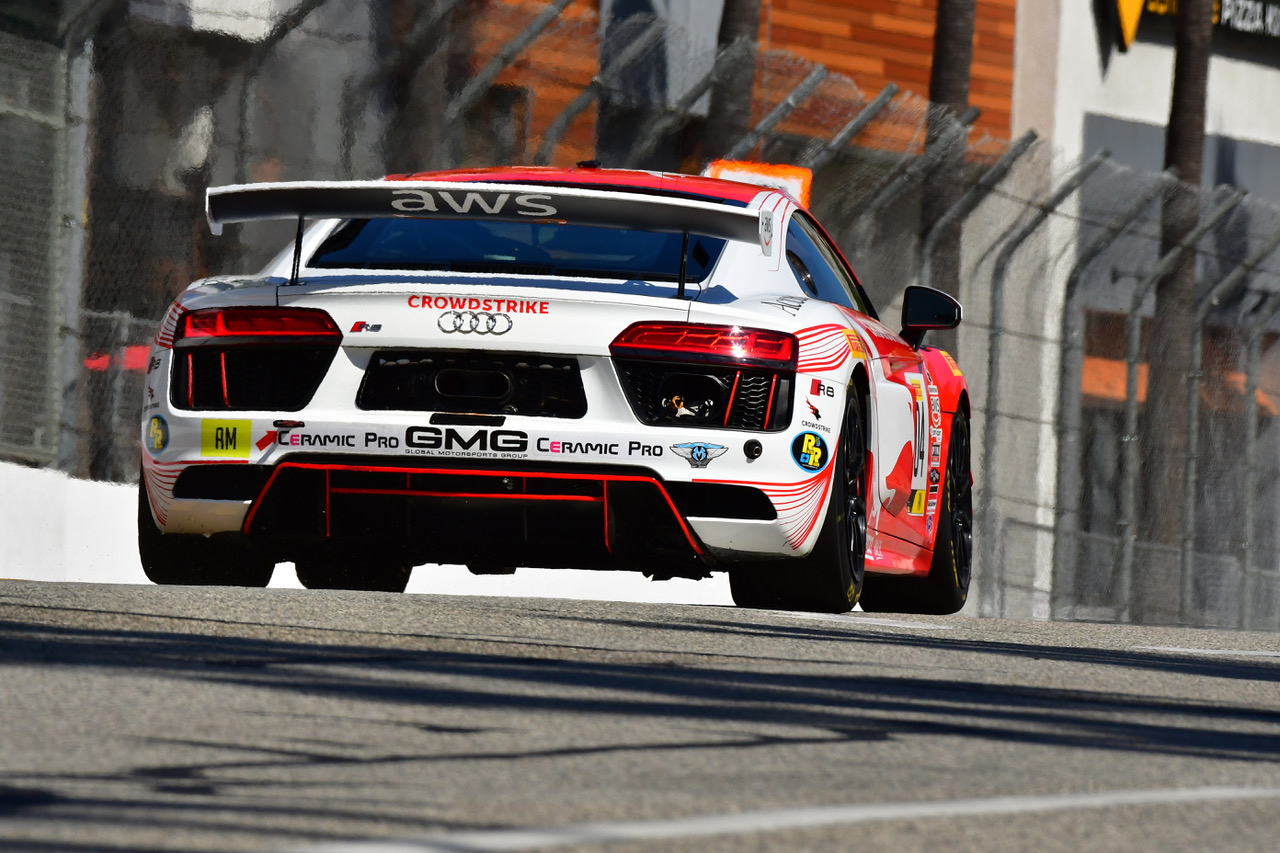